A Virtual Private Network (VPN) is a network technology that creates a secure network connection over a public network such as the Internet or a private network owned by a service provider.

Do I need a VPN for using Kodi ?

While it is highly recommended to connect to a VPN while using Kodi, it isn’t an absolute requirement for Kodi to function. Beyond the incomparable security benefits that a VPN provides, what a VPN really does is allow Kodi add-ons to shine.

• There are hundreds of add-ons for Kodi, but due to geographical restrictions, many users are unable to use the add-ons that they download. With a VPN, however, digital borders disappear, making all of the Kodi add-ons accessible from anywhere.

• A VPN will also allow you to bypass content being blocked by your Internet Service Provider (ISP). However the blocks imposed by broadband ISPs (e.g. BT, Virgin Media, Sky Broadband, Plusnet, TalkTalk and EE) are only effective when the end user doesn’t know how to circumvent them by using a Virtual Private Network (VPN)

Be The Difference Clothing 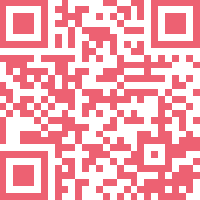